(This document is available as a PDF)

Bernoulli distribution, owing to its simplicity, is used more often than it is noticed. A random variable has the following probability mass function (pmf):

in which, the only parameter, , is a probability and therefore must satisfy . We call the above equation the raw form pmf of the Bernoulli distribution.

The raw form pmf is simple to understand but its multi-case structure makes it difficult to use in other derivation. We can combine the two of the three cases into one equation without changing anything about the distribution. This results in the following two forms of pmf – the additive form:

and the multiplicative form:

All three forms — raw, additive, multiplicative1 — are equivalent to each other and represent the same exact distribution. This implies that no matter which of the three forms we use for our analysis, we should get the exact same analytical result. However, one form may be easier to work with than the others when wrangling algebraic equations. The multiplicative form is the most common one used in both statistical analysis and with neural networks.

Let’s consider a familiar application of supervised binary classification in computer vision – image classification. We would like to classify a given image into one of two classes – a cat image versus a dog image: 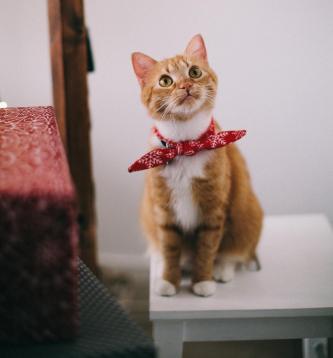 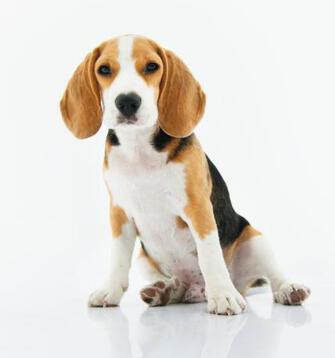 In a supervised setting, we usually have training data available, which is represented as:

in which, is the input data and is the output label. For the cat vs dog example, is a vector of pixel values obtained by flattening the tensor that represents an image and represents the label – cat () or dog ().

We aim to fit a function to describe the input-output relationship in the training data. We could attempt to find a suitable deterministic function and minimize (w.r.t the model parameters ) some appropriate measurement of discrepancy () between the function’s predicted labels and true labels2. Alternatively, we could model the output label as a random variable3

in which, is the set of model parameters. The training data (shown above) is interpreted as a list of statistical samples of generated along with the corresponding values of .4 When we choose to model the output label as random variable, we have a well-established approach to minimize the discrepancy between the predicted and true labels – maximum likelihood estimation.

Since the true output labels only take values in , it would be ideal if our choice of random variable also assumes values in . Bernoulli distribution is one such choice:

in which, . Note how the model above doesn’t depend on the input at all.

Now that we have a statistical model to describe the output, we can write down the likelihood as follows:

Assuming independence, we can re-write the likelihood as:

Substituting the multiplicative form and applying the knowledge that the output labels , we obtain:

Taking logarithm, the log-likelihood is:

The expression above is the famous cross-entropy loss5. Maximizing the log-likelihood:

in which is the maximum likelihood estimate for . In order to confirm that this value of actually maximizes the log-likelihood, we can show that the second order derivative is negative as follows:

See Appendix A in the PDF version for the same result obtained using the additive form.

in which, and are model parameters. However, there is a problem with the above affine function – there is no guarantee that the expression would be within and , as required for .7 We can solve this problem easily by passing through a sigmoid function to obtain the following sigmoid-affine function:

The resulting model for becomes:

We can now perform log-likelihood maximization as usual. The likelihood is given by the following expression:

in which, . The log-likelihood may be written as:

Log-likelihood may be maximized via any of the numerical optimization algorithms such as gradient descent.

We can think of the Bernoulli model as an even simpler neural network that isn’t connected to the input layer at all: