Update: This works on El Capitan as well. As the next installment in the never-ending cat-and-mouse game between Apple and the developers, EasySIMBL stopped working for many people after updating to version 10.10.4 (read comments). As suggested b... Read more 31 Jan 2015 - 6 minute read -

Third installment of my Using Git series. See my previous posts Using Git 2 and Using Git. Showing only files that changed in the last commit You can always see the changes made in the last commit using git show But, on occasions, you just wan... Read more 04 Jan 2015 - 1 minute read -

Try out the fish shell 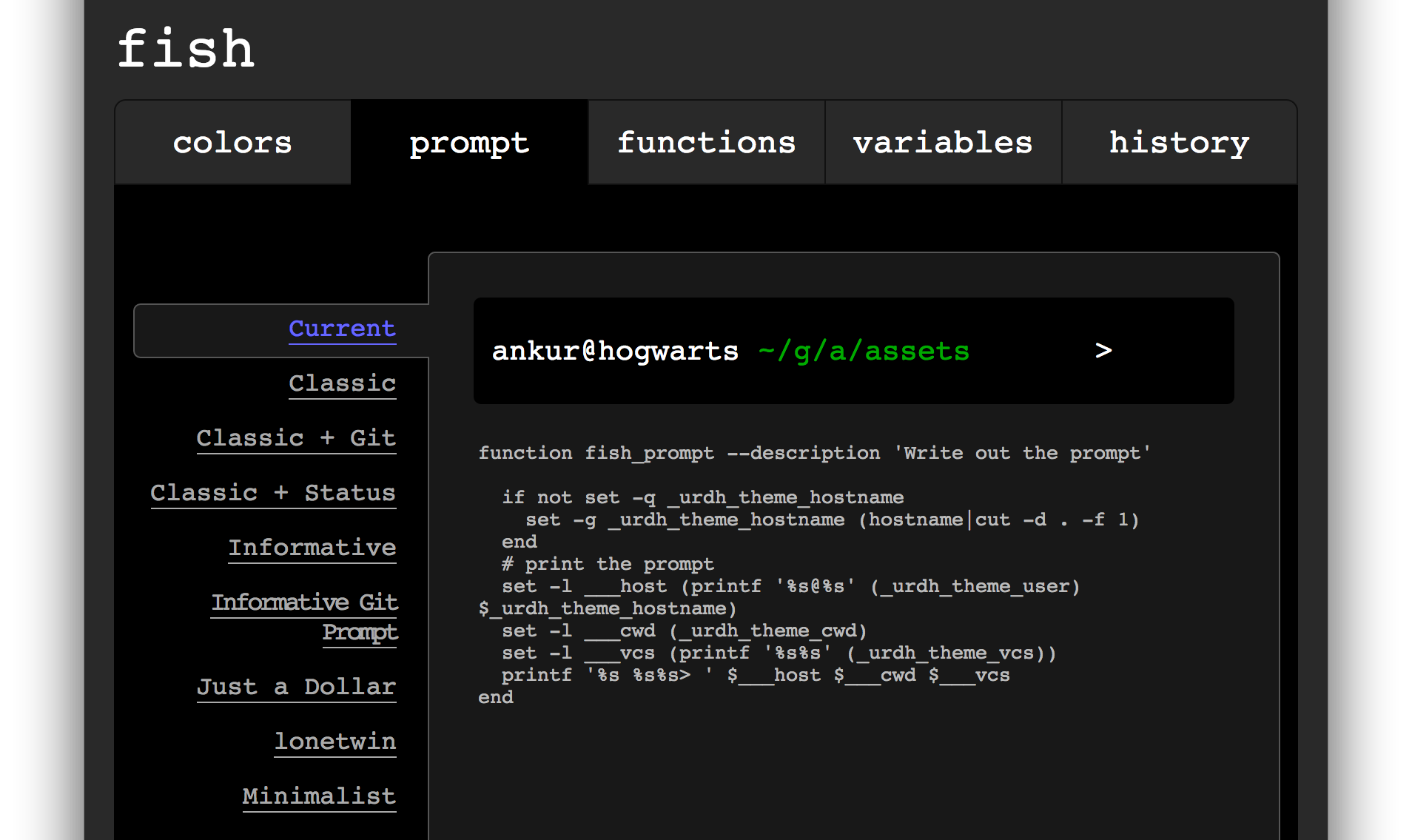 Fish is a new shell which makes using the command line much easier. If you’ve already got a very heavily configured traditional shell (like bash) then you probably have replacements for many features of fish. With fish, you get these features out ... Read more 21 Sep 2014 - 6 minute read -

There are two ways to do this. You can add the executable scripts or programs to the file ~/.config/lxsession/Lubuntu/autostart. Click on Start > Default applications for LXSession > Autostart. Type in the names of ... Read more 19 Sep 2014 - less than 1 minute read -

To productively work with Github Pages, one has to know their way around Liquid, Markdown, Javascript and HTML. Liquid If you’re beginning with Jekyll, you need to look at the Jekyll homepage. The basics of Liquid can be found Shopify. An extreme... Read more 29 Jun 2014 - 3 minute read -

Adding Disqus to your Jekyll

I transferred my blog from a Wordpress theme to Jekyll/GitHub Pages because I liked the idea of writing up a post in Markdown in my favorite text editor and then using git to push the changes to Github. Add to that the speed and simplicity of havi... Read more 29 Jun 2014 - 4 minute read -